He served as Parliamentary Counsel from 1991 to 1997 and as Coordinator of Economic Advisory Congress from 2000 to 2001. In 2002 was appointed Vice-President of the American Commission on Organization of Management Systems, until 2006. For the period 2002 to 2008 served as Deputy Technical Secretary of the International Association of Bodies Supervision of Pension Funds (IAOS). From 2001 to 2005 worked in the Superintendence of Pension of Costa Rica (SUPEN) as Director of Special Studies and Risk Assessment and from 2005 became director of Planning and Standards. Since 2008 and until October 2012, served as Intendent in the Superintendent of Insurance of Costa Rica (Sugese) and from November 6, 2012, serves as General Superintendent of Insurance.

Between 2002 and 2006 he participated in the Inter-American Conference on Social Security as Vice President of the American Commission CAOSA. From 2002 to 2008, he served as Deputy Technical Secretary of the International Association of Pension Fund Supervisory Organizations (IAOS).

Currently, he is the President of the Association of Insurance Supervisors of Latin America (ASSAL) and participates as a member of the Council of the Insurance and Private Pensions Committee (IPPC) of the OECD. Furthermore, he actively participates in the International Association of Insurance Supervisors (IAIS), as a representative of the Governing Council and Executive Committee of the Access to Insurance Initiative (A2ii), and Chair of the Financial Inclusive Forum (FIF).

In the educational field, he has helped developed various areas of economics at the University of Costa Rica and has participated as a speaker at national and international forums related to the financial system and insurance. Finally, he has authored various texts and conducted extensive research on issues related to the supervision of insurance and pensions 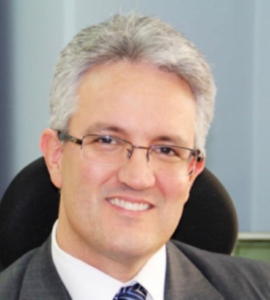