Deputy Head of Capital and Solvency

Danita Pattemore joined the IAIS Secretariat in August 2015. She is the Deputy Head of Capital and Solvency, a position she has held since September 2021. In this role, she is the project manager for the development of the global risk-based insurance capital standard (ICS) and provides management oversight for the Capital, Solvency and Field Testing Working Group (CSFWG), ICS and Comparability Task Force (ICSTF) and the Budget Committee.

Previously, Danita was a Senior Policy Advisor at the IAIS where she was the primary support for the CSFWG and the ICSTF. She led the team responsible for developing ICS version 2.0 for the monitoring period and managed the successful transition of the ICS from field testing to the current five-year monitoring period.

Prior to joining the IAIS, Danita was an actuary and Senior Analyst at the Office of the Superintendent of Financial Institutions Canada, where she focused primarily on the development of domestic regulatory guidance for life insurance companies.

The IAIS has a key role to play in ensuring effective and efficient supervisory discussions of group solvency. The ICS will provide a common language to facilitate those discussions. 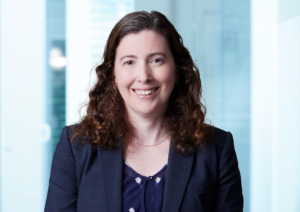