Mr. White is an accomplished leader in the regulatory and financial sectors. With a strong background in regulation, risk management, governance, law, finance, change management and process improvement, he is uniquely positioned to drive the transformation of financial services regulation in Ontario.

Before joining FSRA in 2018, Mr. White held several senior positions at the Bank of Montreal in Toronto and Chicago, most recently as BMO’s Senior Vice President & Head Enterprise Risk.

Prior to BMO, Mark served as the Assistant Superintendent, Head of Regulation Sector at Canada’s bank and insurance regulator, the Office of the Superintendent of Financial Institutions (OSFI) until 2011.

After business and law school and working as an accountant, Mr. White began his legal career at Faskens in 1987, practicing business law. From 1992-1997, he was an SVP, Legal Director and Chief Counsel at AT&T Capital subsidiaries in Canada and, thereafter, throughout Europe. In 1997 he moved to Ernst & Young where he became a legal services partner in the management consultancy. In 2001 he joined RBC Capital Markets, rising to become a Managing Director and the Global Head of the Strategic Transactions Group from 2004-2008.

FSRA is an independent agency of the Ontario government – launched in 2019 to regulate non-securities financial services in the province, including property and casualty insurance, life and health insurance, credit unions, loan and trust companies, mortgage brokers, auto insurance rates and related service providers, pension plans and financial planners and advisors.

While its mandate includes broad responsibilities – like fostering strong, sustainable, competitive and innovative financial services sectors – its core role is to protect consumers. FSRA uses its rule-making authority, guidance, supervision and enforcement powers to prudentially regulate and supervise market conduct in the regulated sectors, which includes ensuring auto rates are fair and reasonable. 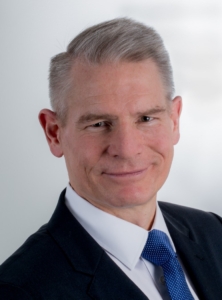