Helen Rowell was appointed as Deputy Chair of APRA in November 2015, and reappointed for a further five-year term from 1 July 2018.

Mrs Rowell joined APRA in 2002 as General Manager, Industry Technical Services and held a number of senior roles, including General Manager, Diversified Institutions Division, General Manager, Policy Development and Executive General Manager, Supervisory Support Division prior to her appointment as APRA Member, with primary responsibility for superannuation, from 1 July 2013. As of July 2021, Helen is responsible for insurance and in April 2022, she added the cross industry portfolio to her responsibility.

Mrs Rowell was the Chair of APRA’s (cross-divisional) general insurance industry group from 2006 to 2011, and has represented APRA on the Financial Security Board’s Supervisory Intensity and Effectiveness Group and was previously co-Chair of the Joint Forum Financial Conglomerates Committee. Mrs Rowell is currently the APRA representative on the Organisation for Economic Co-operation and Development’s Working Party on Private Pensions, and was appointed President of the International Organisation of Pension Supervisors in November 2019. Helen has also represented APRA on various sub committees of the International Association of Insurance Supervisor (IAIS) and since 2021, sits on the IAIS Executive Committee and has also been appointed as the IAIS Diversity, Equity & Inclusion champion.

Prior to joining APRA, Mrs Rowell was a partner at the international consulting firm Towers Perrin; she is also a Fellow and past President of the Institute of Actuaries of Australia. 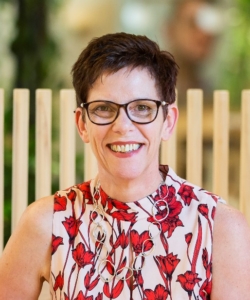