Ante Žigman, PhD, is the President of the Board of Hanfa, whose scope of competence covers regulation and supervision of not only the insurance sector, but also of a wide range of other financial non-banking services, including the capital market, pension and investment funds, and leasing and factoring. He is an active participant in the work of international bodies, and along with being a member of the IAIS Executive Committee as the representative of CEET region (Central and Eastern Europe and Transcaucasia), he participates in the work of the IAIS Macroprudential Committee and Selection Committee. He is also an active member of the Mediation Panel of the European Insurance and Occupational Pensions Authority (EIOPA).

Prior to his appointment as the Head of Hanfa in 2018, he held a number of important government functions, some of them being: Assistant Minister of Finance for Macroeconomic Analysis and Planning, followed by Secretary of State at the Ministry of Finance. He has also served as the vice president of the Committee for Fiscal Policy of the Croatian Parliament, and member of the Economic and Financial Committee’s Sub-Committee on EU Sovereign Debt Markets (ESDM).

In the banking sector, he has spent several year as Board Member of the Partner Bank (Croatia), as well the Head of Macroeconomic and Financial Research Division and the Chief Economist at the Raiffeisen Bank in Croatia. He has spent a significant part of his career at the Croatian National Bank where he worked in the Office of the Governor until being appointed to the current position of the President of Hanfa Board.
He has written numerous scientific and expert papers in the field of fiscal policy and finance and is an active lecturer in the area of economics and finance. 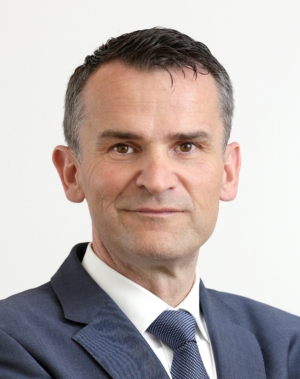