After having worked for close to four years in the Value and Risk Management Department of a large bancassurance group in Belgium, he joined the Operational Supervision Department of the former CBFA (later: NBB) in April 2010.
In January 2012, he moved to the Policy and Financial Stability Department of the NBB, where he was an adviser on Solvency II related policy issues and responsible for conducting stress tests and financial stability analyses for the Belgian insurance sector.

From May 2017 to October 2018, he was seconded as a Financial Stability Expert to the secretariat of the European Systemic Risk Board (ESRB), where he led the work on all insurance-related macroprudential matters.

During these years, he was involved in several international working and project groups at the level of EIOPA, ESRB and IAIS.
In November 2018, Dieter was appointed as Head of Prudential Policy Insurance at the NBB.

He is currently a member of EIOPA’s Supervisory Steering Committee and an alternate voting member to the EIOPA Board of Supervisors.

At the same time, he also became a member of the IAIS Executive Committee. 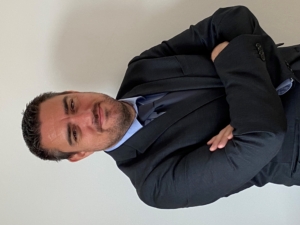