Petra is the Chairperson of EIOPA and is leading the Authority since September 2021. On 27 May 2021 the Council adopted the decision to appoint her after the confirmation by the European Parliament on 18 May 2021. Petra is also member of the ESRB Steering Committee and the ESRB General Board and a voting member of the IAIS Executive Committee. Besides that she is the Champion of the IAIS Fintech Forum. In 2022 Petra is also chairing the Joint Committee of the three ESA’s (EIOPA, EBA and ESMA).

Prior to this role Petra was Division Director Insurance Supervision at De Nederlandsche Bank (DNB, the Dutch Central Bank). The division is responsible for the supervision of the Dutch insurance sector. Petra joined DNB in February 2007 as a policy advisor, contributing to the development of Solvency II. In 2013 she became Head Insurance Policy. In 2015 she was appointed as Head of the DNB Expert Center for Fit & Proper testing, assessing (supervisory and management) board members in the financial sector. In February 2017 she started as Director of Payments and Market Infrastructures and was responsible for the payments and collateral operations of the Dutch Central Bank, oversight, policy and cyber intelligence. Also the TIBER project (Threat Intelligence Based Ethical Red teaming) was part of her responsibilities. Prior to joining the Dutch Central Bank Petra had an international career in the oil and gas industry.

Prior to being appointed Petra was an Alternate Member of the EIOPA Board of Supervisors. She was also the Chair of the EIOPA Policy Committee. Before that she participated in several EIOPA, and before that CEIOPS working groups and fulfilled some international roles including Chair of the FSB fmiCBCM (recovery & resolution for CCPs), member if the BIS Committee for Payments and Market Infrastructures, member of the ECB Market Infrastructures Board, member of the IAIS Technical Committee. 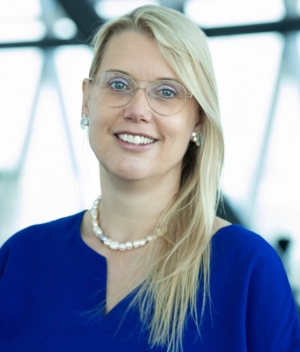