Ilijana Jeleč is Deputy President of the Board of Hanfa and member of IAIS Audit and Risk Committee. She acts as an alternate to the President of Hanfa Board in IAIS bodies.

She started her career at the BNP Dresdner Bank Zagreb and continued at Hypo Alpe-Adria-Bank Zagreb where she gradually progressed to the position of Assistant Executive Director of Organisation/IT. In 2005, she started working for Erste & Steiermärkische Bank as the Head of Advisory Centre, and two years later she became the Head of Private Banking Service. In 2008, she became the President of the Board of Erste nekretnine, the position she held until being appointed member of Hanfa Board in 2018. She has also served as the Vice President of the Real Estate Business Association at the Croatian Chamber of Economy since December 2016. 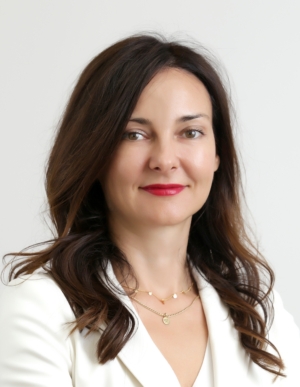