Prior to his promotion, Matt worked an analyst on the same team. In that role, he was an analytical leader of the Federal Reserve’s development of an insurance capital rule and the lead author of a published white paper on comparing capital requirements in different regulatory capital frameworks. He also represented the Federal Reserve Board on many IAIS groups, including those related to systemic risk, through which he contributed to the development of the IAIS’s Holistic Framework.

Before joining the Federal Reserve, Matt worked at Standard and Poor’s Ratings Services (S&P). Matt helped S&P to refine its insurance rating criteria and rate non-traditional insurance transactions, among other responsibilities. Matt was the lead author of S&P’s criteria for the treatment of captive reinsurance transactions. Matt started his career as an actuary at XL Capital performing corporate actuarial work, such as developing the internal models used for regulatory purposes in the United Kingdom and Switzerland.

He is a graduate of New York University (NYU) School of Law and Duke University. He is a former associate of the Casualty Actuarial Society and is a current member of the Federal Reserve’s SupTech Steering Committee. 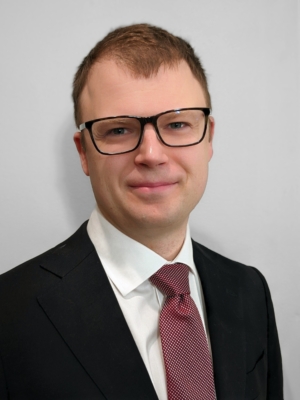